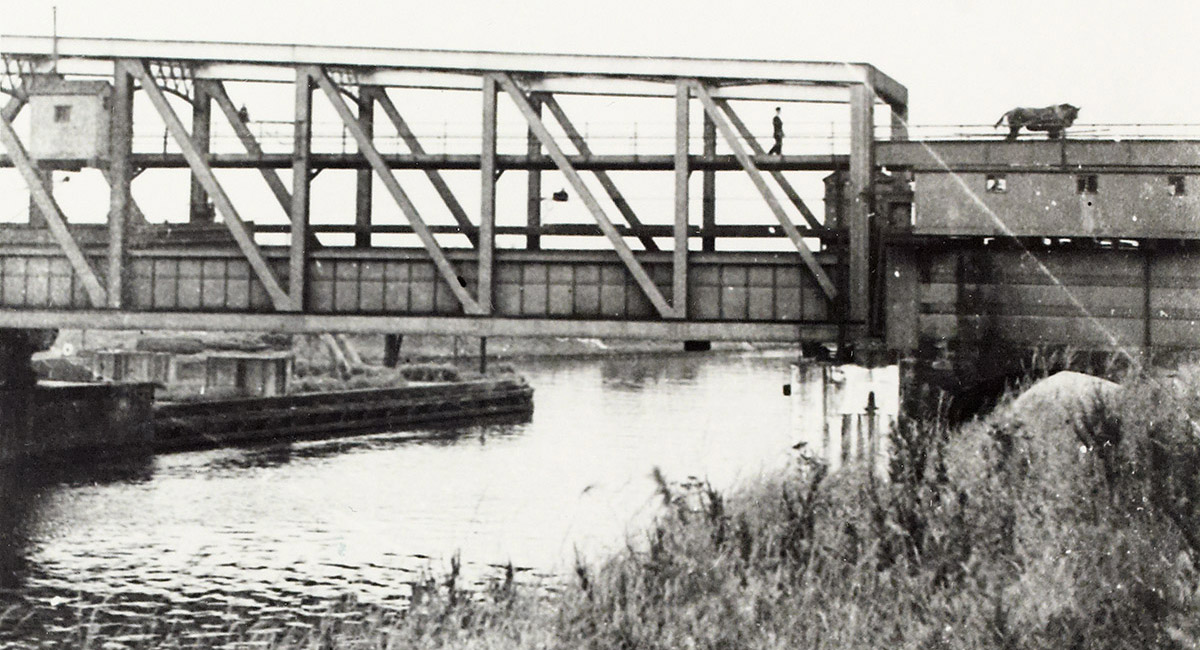 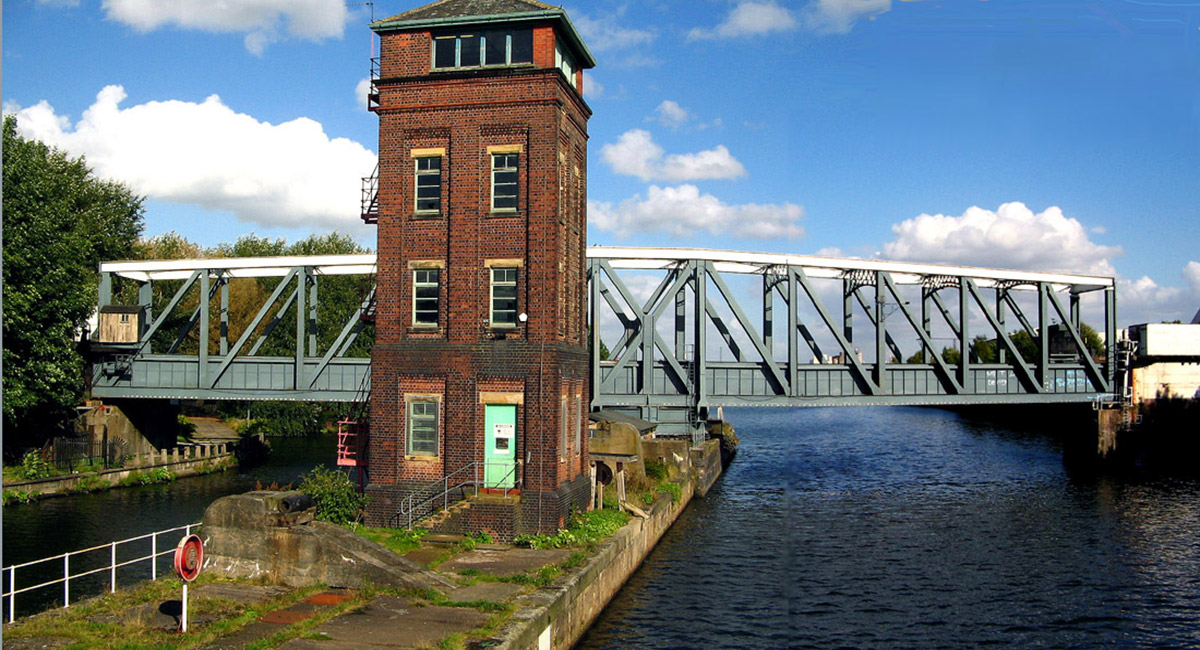 Barton Swing Aqueduct, designed by Sir Edward Leader Williams, engineer to the Manchester Ship Canal Company, opened in 1893. It was a direct replacement for the earlier Barton Aqueduct.

Another of the ‘Seven Wonders of the Waterways’, the Barton Swing Aqueduct carries the Bridgewater Canal across the Manchester Ship Canal. The world’s only swing aqueduct, it is no overstatement to say this it was one of the biggest feats of engineering throughout the whole Victorian era.

The Barton Swing Aqueduct actually replaced an older stationary aqueduct – the Barton Aqueduct - that had been built in 1761 across the River Irwell to allow the Bridgewater Canal to connect the coal mines at Worsley with the factories in the centre of Manchester. However, when the canal was bought by the Manchester Ship Canal Company in 1885 – it quickly became apparent that the old Barton Aqueduct would have to be replaced, as it wasn’t big enough to allow modern boats through.

The Barton Swing Aqueduct was painstakingly constructed, with engineering mechanics that became the talk of the town across Britain. Boats would sail into the aqueduct channel, which would then be sealed off at each end, swing round and unseal again – a system which is still used by the aqueduct to this very day.

If you’re visiting the aqueduct, why not make a day of it and check out Old Trafford stadium, the Lowry theatre and art museum or the Imperial War Museum nearby?

The John Rylands Library - Located in the heart of Manchester city centre, this historical library has plenty to offer.

Museum of Science & Industry - Catch a glimpse of the scientific and industrial innovations that changed the world.

Manchester Wine School - With a variety of wine tasting events, this makes for a great evening out.

Salford Museum & Art Gallery - When it opened in 1850, this was the first free public library in the UK.

The Spa at The Midland - If you're looking for a place to unwind and relax, then this spar is ideal for you.