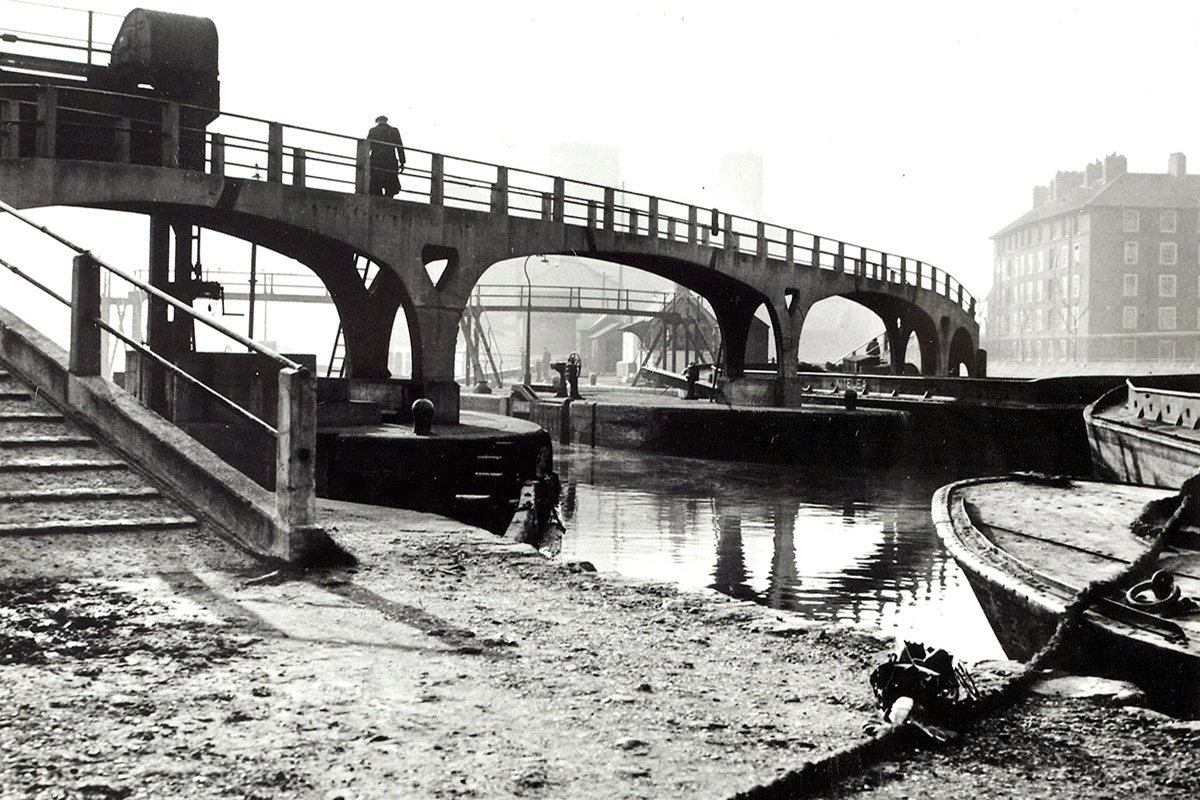 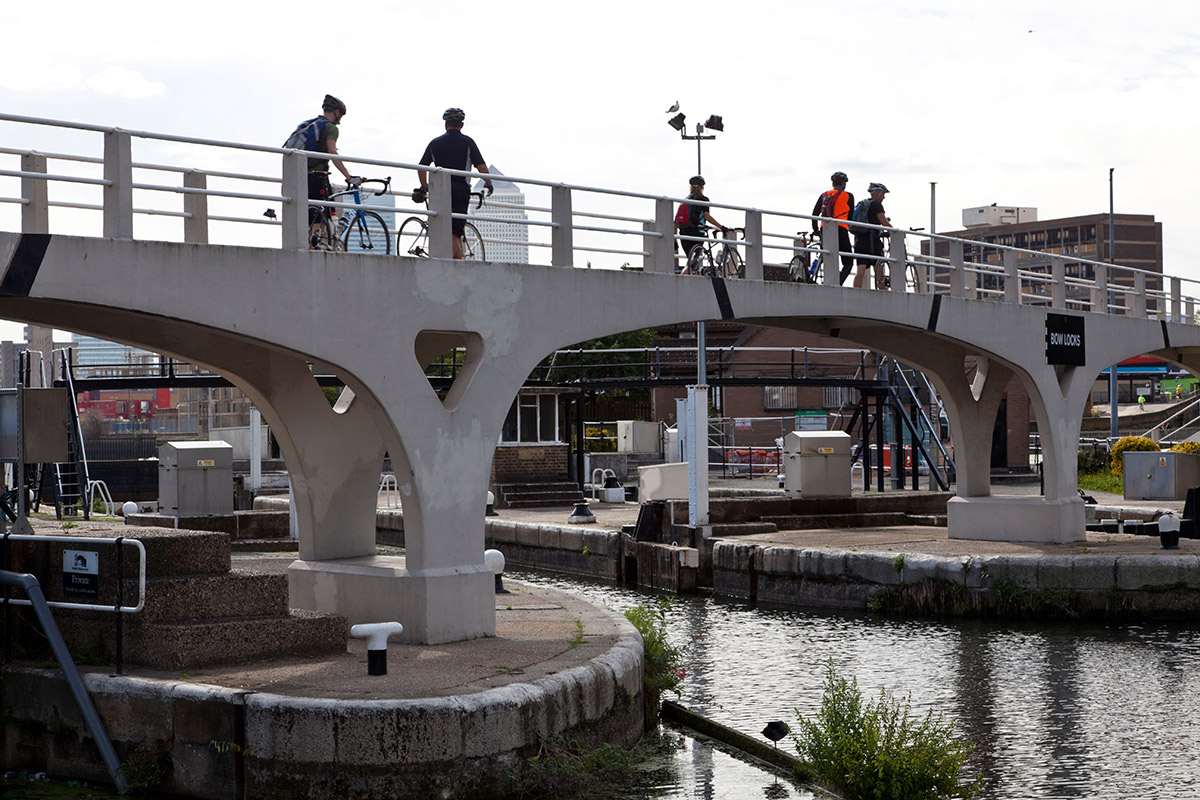 Bow Locks are tidal and are at the top of the creek where it joins the Limehouse Cut. The Three Mills at Bow still remain from the 18th century, although they were modified some time later. Nearby is the Abbey Mills Pumping House of Gothic-Byzantine style designed in 1868 by Bazalgette.

Bow Locks has one of the longest histories of any lock in Britain. First mentioned as a waterway route during the reign of Edward I, the lock themselves were developed into a complex web of transport channels as far back as the 11th Century.

The locks were constructed in 1850, initially a pound lock for barges to pass through. Bow Locks was extremely popular when first constructed, particularly because – like much of the rest of the river – it was toll free. So, when the lock’s owners decided to introduce a toll system shortly afterwards, it proved incredibly unpopular.

A novel compromise was reached. Next to the lock were flood gates, which provided the same access to the canal – but only when the tide was right. These gates would be kept free of use, but the lock would still have a toll. That way, depending on the time of day, boat owners had the choice between the two.

Despite being rebuilt in 1930 to try and stop the tidewater flowing in, it was not until a recent refurbishment in the year 2000 that the tides were successfully kept out for good – and excess silt was taken out of the canal to improve the boating experience for everyone.

3 things to do nearby

Picnic in Victoria Park - not too far away is the very scenic Victoria Park. Take your hamper and enjoy a picnic in the sunshine.

Wildlife spotting - despite being so close to the city, there's wildlife aplenty. With ducks, swans and even herons residing near the locks.

Royal Inn On The Park - overlooking Victoria Park, this stunning mid-Victorian pub is ideal for a Sunday afternoon roast.

Ragged School Museum - This walk through the history of schools and education in the UK is a truly unique experience.

Museum of London Docklands - Find out more about the history of London's river at this impressive museum.