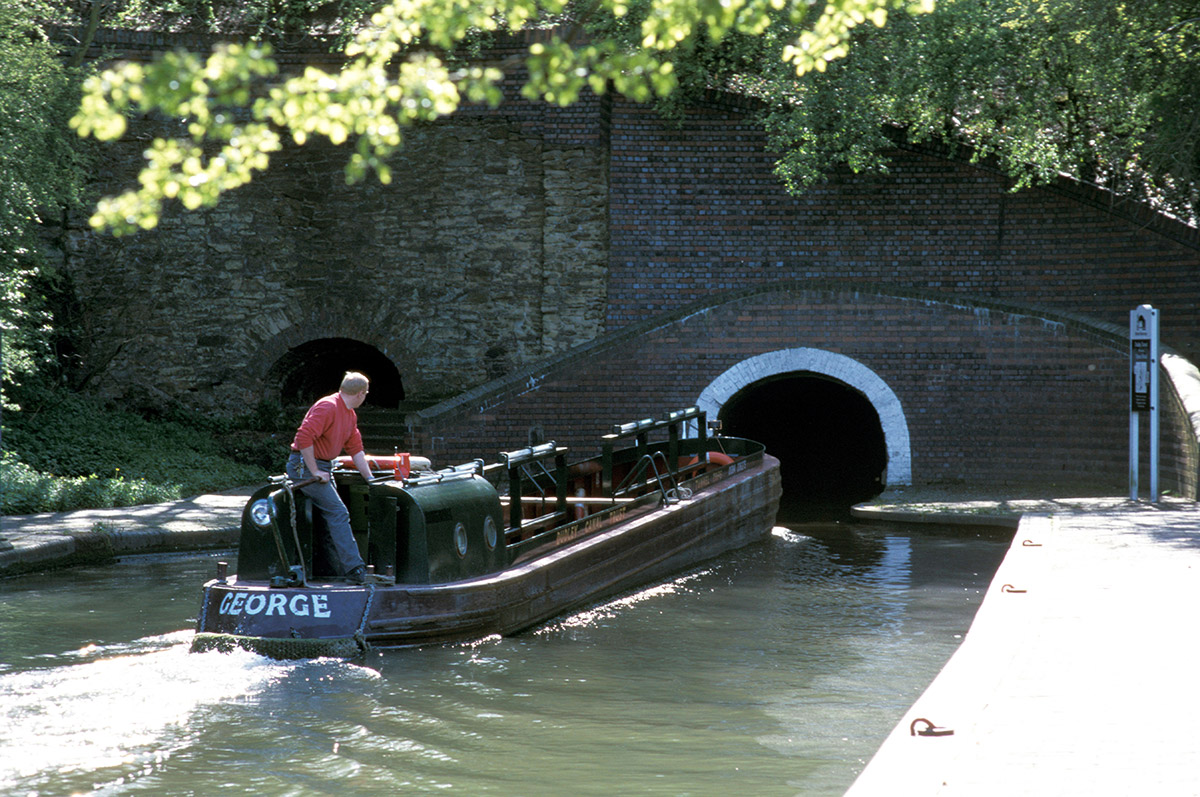 Carving a path under Castle Hill, Dudley Canal Tunnel is the second-longest canal tunnel in the United Kingdom at 2,900 metres long. While some historians argue it is in fact a series of smaller connected tunnels – so the record should not stand, one thing that cannot be denied is the sheer magnitude and beauty of the tunnels.

Work was meant to begin on the tunnel after a private Act of Parliament was passed in 1776. However, the Dudley Canal Company, who wanted to start the work, discovered that Lord Dudley and Lord Ward had already started work on a tunnel and canal the year before to join up with the Birmingham Canal and speed up his limestone transport.

However, after negotiations, Lord Ward agreed to sell his half-finished canal and tunnel to the Dudley Canal Company – who pressed on quickly. However, it was still not until the 25th June 1791 that the Dudley Canal Line No.1 was announced as completed.

Despite being well constructed, subsidence from nearby coal mines caused damage in 1884 and part of the tunnel had to be rebuilt. However, aside from that one instance, the majority of the network of tunnels are still useable today, and are a major tourist destination!

Black Country Living Museum - For people interested in the UK's industrial history, this museum covering 26 acres is the perfect place to visit.

Priory Park - These 12th century ruins are a truly impressive sight. They are also located on the grounds of a beautiful park.

Himley Hall and Park - This impressive building and country surroundings make for a very relaxing place to visit.

Dudley Zoo and Castle - This zoo is home to nearly 200 species of animal, including some of the rarest and most endangered on Earth.

Dudley Museum and Art Gallery - If you're looking for fun for all the family, this museum has plenty to offer people of all ages.