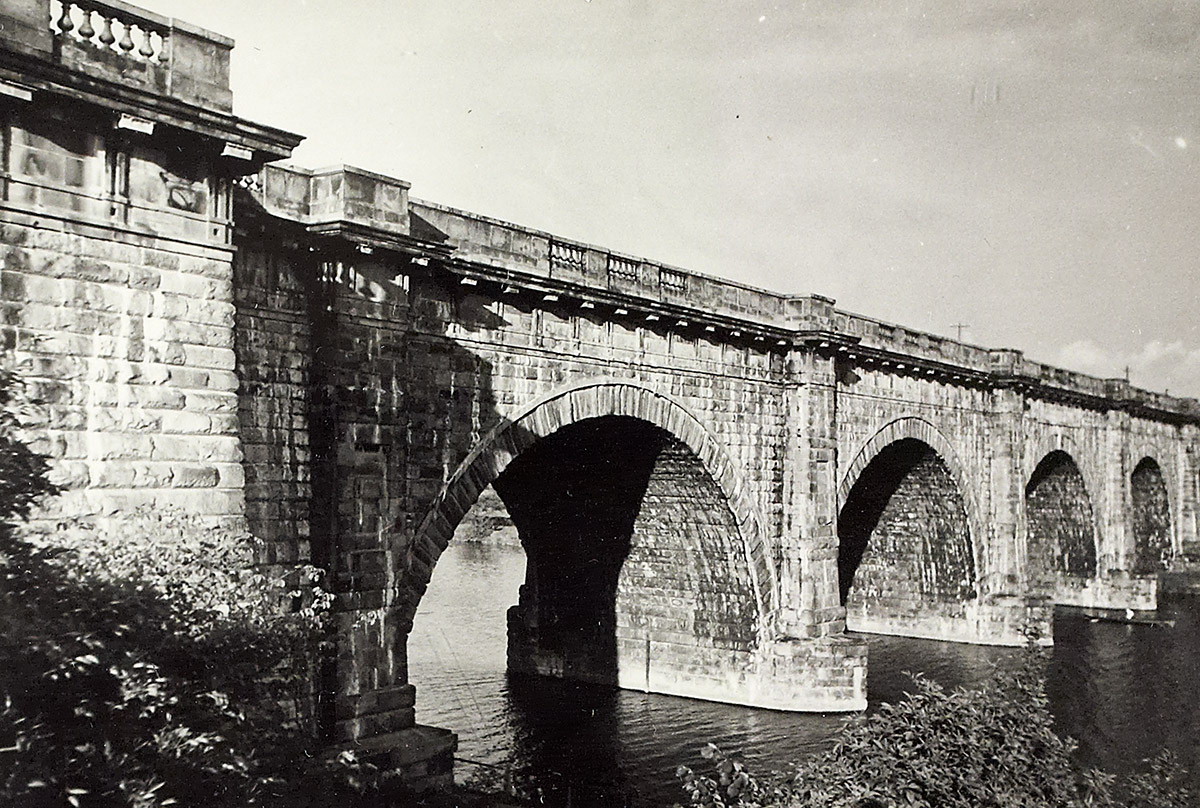 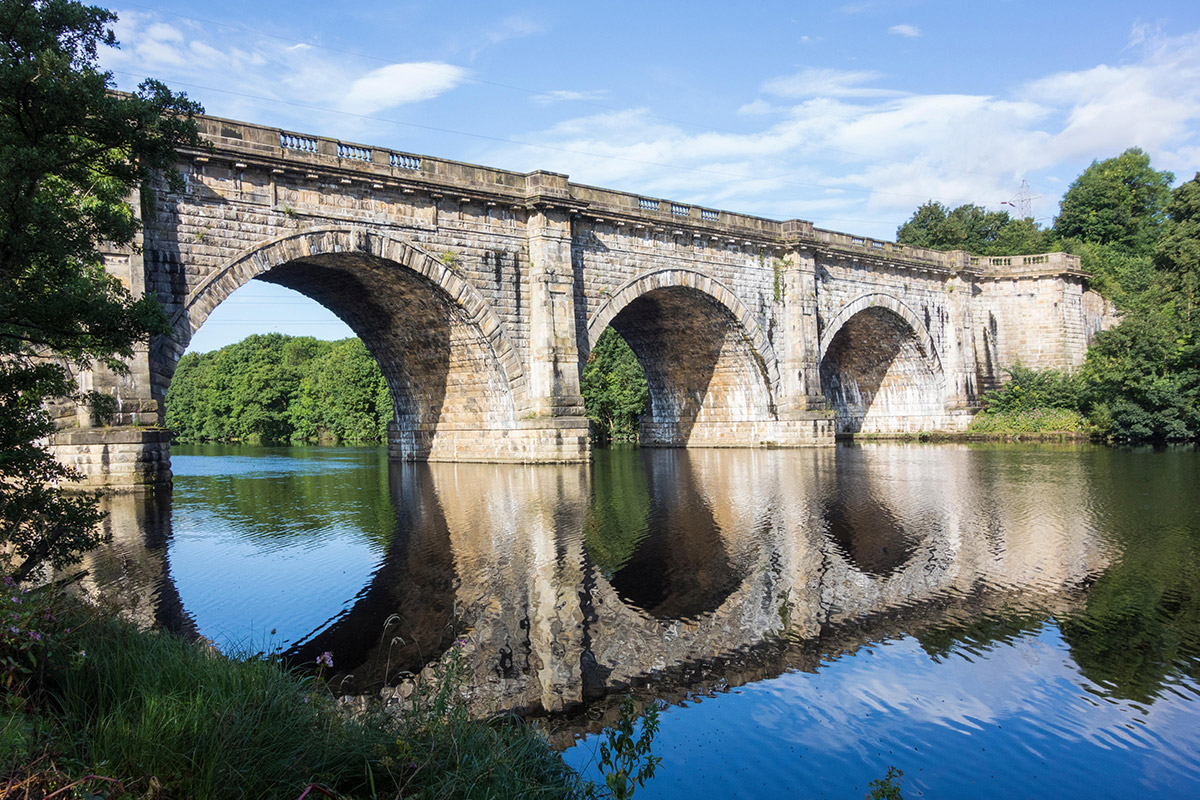 Lune Aqueduct was designed by civil engineer John Rennie and constructed by architect Alexander Stevenson. During its construction, special volcanic pozzolana powder was imported to be mixed with cement, which allowed the concrete to set under water.

Another of the historic ‘Seven Wonders of the Waterways’, the Lune Aqueduct is a behemoth of architecture – 664 feet long and 61 feet high. Carrying boats on the Lancaster Canal over the River Lune, it was the brainchild of Caen Hill Locks engineer John Rennie and is largely agreed by historians to be his finest work.

Along with fellow engineer Alexander Stevens, Rennie built the aqueduct using ‘traditional’ building techniques. That meant five semi-circular arches – each spanning 70 feet – placed on enormous supporting pillars that were footed with imported Russian timber driven deep into the river bed. Many thought the wooden beams were going to rot – but it turned out that good timber doesn’t rot when kept continuously wet underwater!

The canal trough itself was 20 feet wide, with curved walls 18 inches thick. To ensure the whole trough was watertight, the engineers filled the base with puddled clay for a complete seal. When completed in 1797 after six years of construction and 200 men working on it, the total cost came to £48,321. The original estimate was just £18,619.

Plans had long been afoot for a similar aqueduct over the River Ribble if the Lune Aqueduct worked. Despite being a success, it was so far over budget, that plans for the Ribble Aqueduct were quietly scrapped.

Lancaster Castle - Built by the Romans, this castle is a great visiting spot for any history buff.

Carnforth Station Heritage Centre - Ideal for people interested in rail history, this heritage centre has an impressive museum and cafe.

Hardknott Pass - If you enjoy long country drives, this route makes for a breathtaking experience.

RSPB Leighton Moss Nature Reserve - An ideal spot for people who wants to experience nature and wildlife up close.

Cottage Museum - Step into life in the 18th century in this unique museum experience.