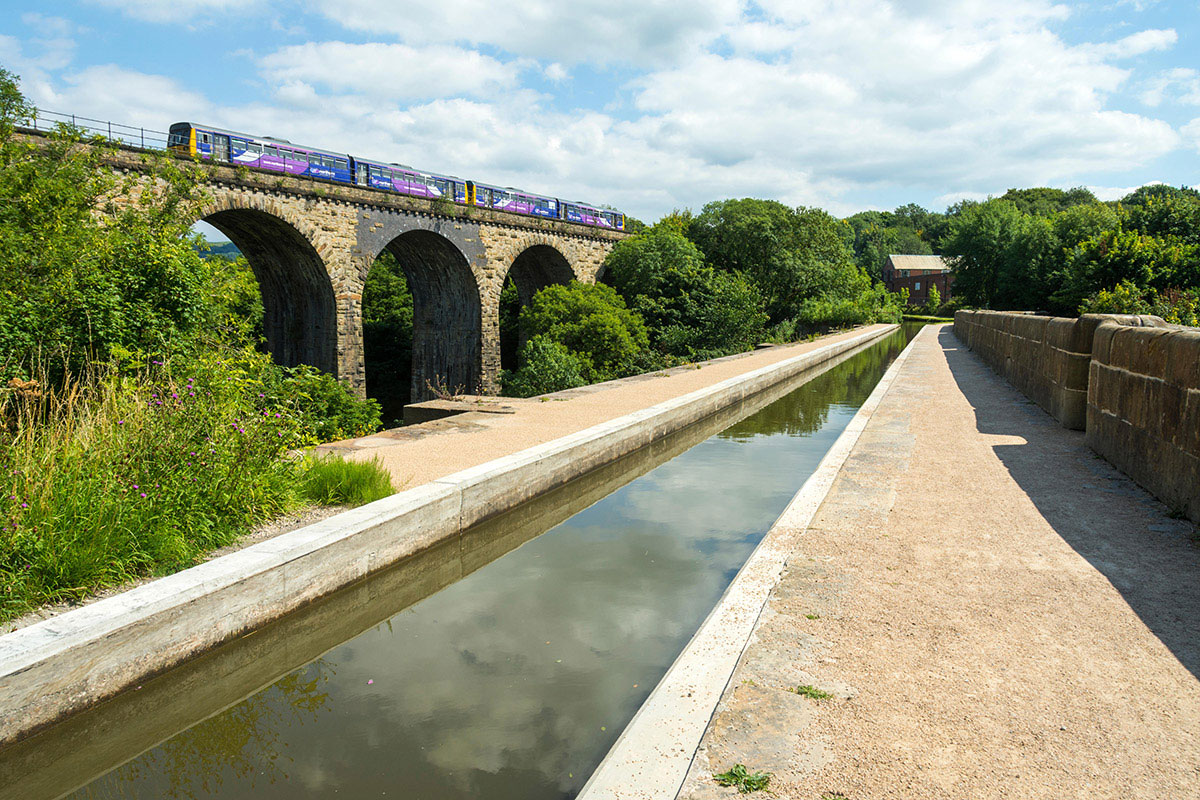 Benjamin Outram, was responsible for the design and Thomas Brown, the resident engineer, for its construction. In the course of its construction seven men lost their lives.

When asked about the Marple Grand Aqueduct, social historian and travel writer George Borrow opined: “Few things are so beautiful in their origin as this canal.” The highest canal aqueduct in Britain at 309 feet long and 100 feet high, the ‘Grand Aqueduct’s’ first stone was laid in May 1794.

The aqueduct carries the lowest part of the Peak Forest Canal across the River Mersey – later renamed the River Goyt. It has an unusual two-tone appearance, as the lower pillars are made of red sandstone taken from the nearby Hyde Bank quarry – while the top half is white, rough stone from the quarry at Chapel Milton. Combined, they add up to over 8,000 cubic yards of masonry.

While the aqueduct was accepted by most as a stunning addition to the British landscape, over the next several decades after it was built, not enough was done about keeping it maintained and repaired – leading to part of it collapsing from frost damage in 1961. Instead of rebuilding it as a water carrier as suggested, a campaign was launched to get it repaired as part of the canal again. Thankfully, the campaign was successful and the new-and-improved Marple Aqueduct was re-opened on May 13th, 1974 as part of the ‘Cheshire Ring’.

Once you’ve fully exhausted the Aqueduct, just a short walk away are the stunning Roman Lakes and Memorial Park – perfect to relax and unwind!

Roman Lakes - If you're visiting the aqueduct during the summer months, this lake makes for the perfect picnic spot.

Staircase House - For anyone interested in local history, this museum is a must-see.

Anson Engine Museum - Now classed as one of the leading specialist museums in the country, this is well worth a visit for anyone interested in engineering history.

Lyme Park - With great picnic areas and terrific views, this is a great spot to take the family.

Robinsons Brewery - Get a tour around the brewery and enjoy some good food and drink afterwards.