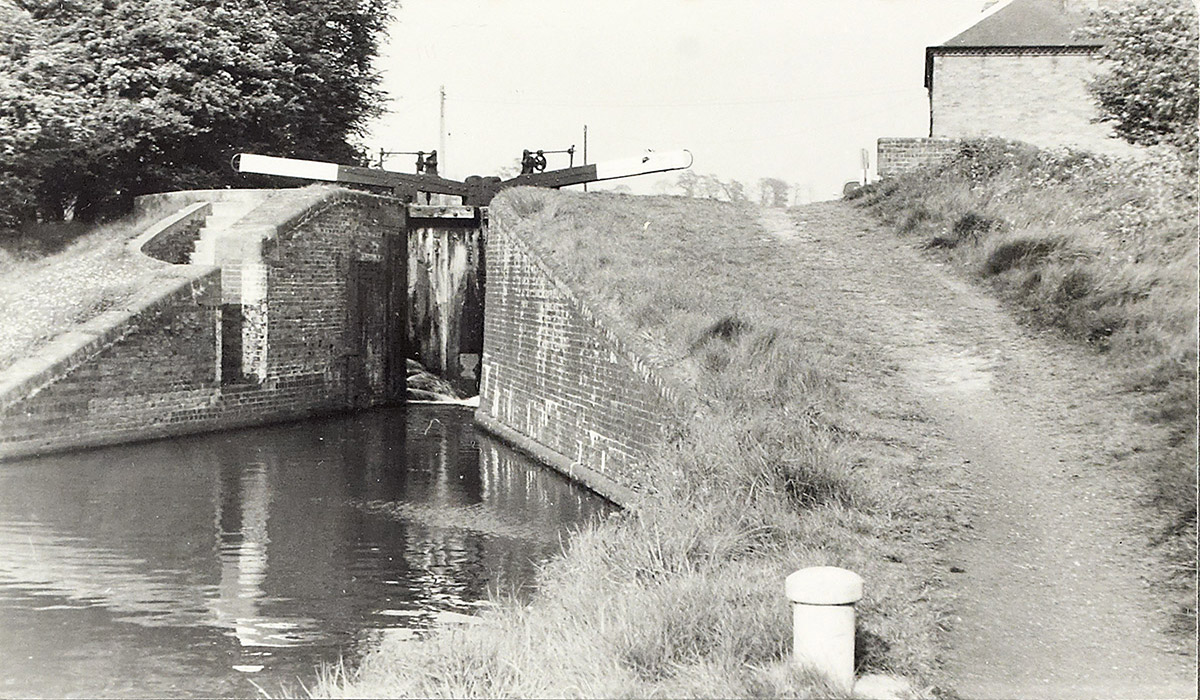 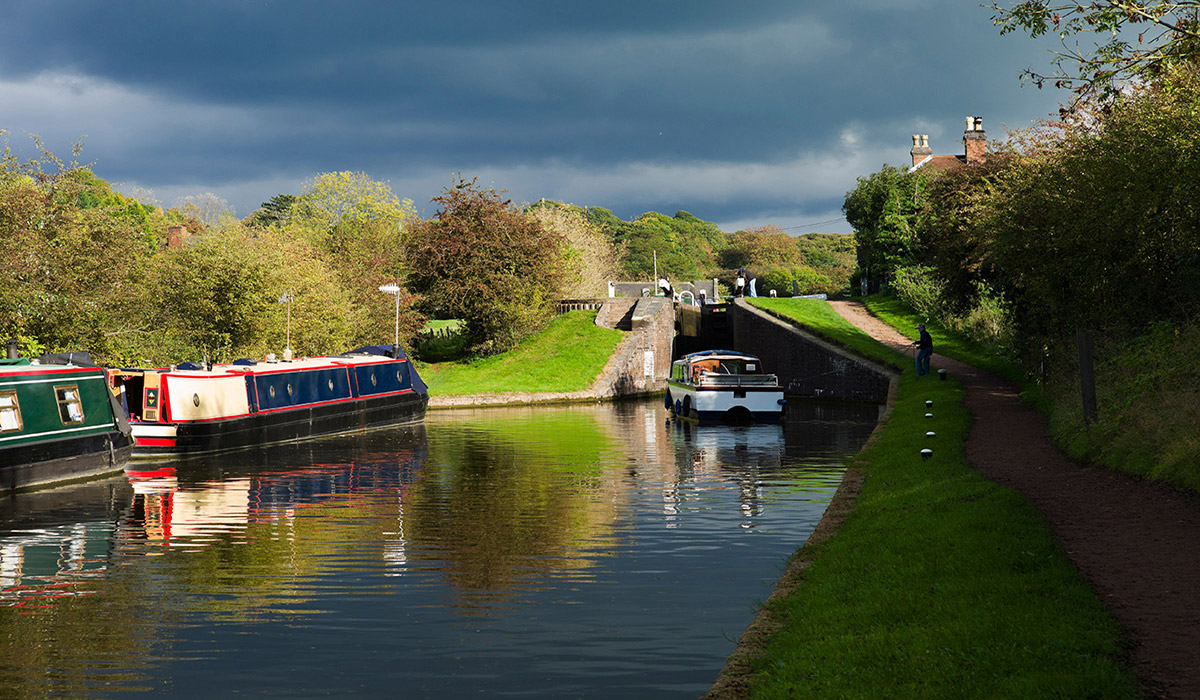 The top lock at Tardebigge has a rise of 11 feet, unusually high for a single lock.

Along a 2.5 mile section of the Worcester and Birmingham Canal lies the Tardebigge Locks – the longest flight of locks in the UK.

The 30 separate narrow locks combine to raise the water level a staggering 220 feet until reaching the ‘Top Lock’. With a rise of 11 feet, it is far higher than most top locks historically. This is because, from 1810-1814, it was the site for an experimental vertical boat lift.The boat lift was invented and built by engineer John Woodhouse, after the canal company expressed concern about the 58 further locks that would be needed to take boats from the Top Lock back to the River Severn at Worcester.Completed on 24 June 1808, the vertical lift used a fixed counterweight of bricks, connected by a set of eight parallel chains and pulleys – with two men lifting the boats using a windlass. Despite successfully lifting 110 boats in 12 hours – the lift was considered too fragile to use permanently and the remaining locks were slowly built. Nowadays canal boat lifts are more sophisticated, but John Woodhouse’s original idea still remains.

Winterbourne Home and Garden - This is a unique, fully-restored Edwardian home, set within seven acres of beautiful gardens.

Barber Institute of Fine Arts - This home of 19th century art is a must see for anyone interested in art and history.

Kings Heath Park - This impressive park is ideal for a family picnic, and is also the home of the BBC show Gardeners World.

Lapworth Museum of Geology - This museum is home to one of the largest collections of minerals and fossils in the Midlands.